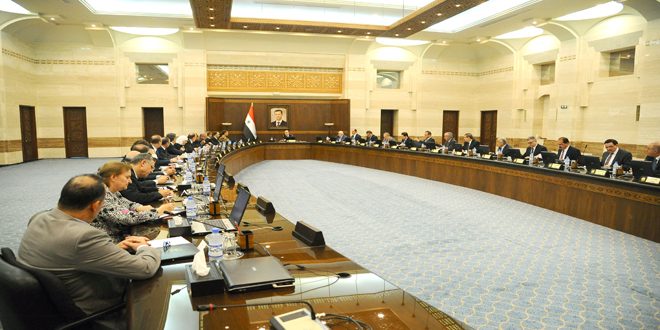 The Cabinet decided to form a committee headed by the Minister of Communications and Technology Ali al-Zafeer to determine the steps necessary for issuing an electronic card for poor families for the distribution of basic food supplies.

The Cabinet also reviewed a memo from the Ministry of Transport about restructuring the air transport sector due to the need for having a solid infrastructure including airports and giving the Syrian Arab Airlines the ability and flexibility necessary for developing its work.

The Cabinet approved the executive program that completes the cultural agreement signed between the government of the Syrian Arab Republic and the Government of the Islamic Republic of Iran for the years 2015, 2016, and 2017.

Two draft resolutions were approved to allocate SYP 500 million for Homs province in addition to SYP 200 million for Sweida province from local revenues and customs.