Life gradually returns to Hasaka, units of army and internal security present inside the city 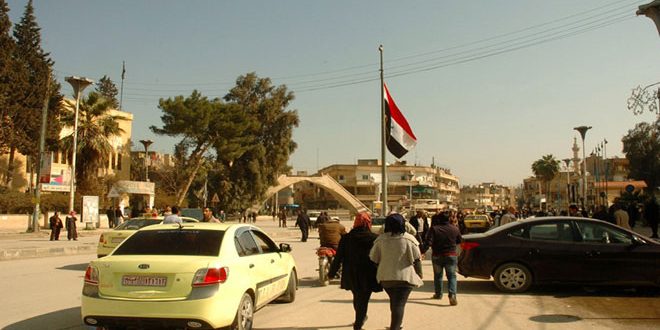 Hasaka, SANA- Life gradually returns to normal in Hasaka city after a cease-fire was reached between the government official authorities and the Asayish, the military wing of the Kurdistan Workers Party.

SANA reporter said that the Asayish’s violation of cease-fire didn’t prevent families from returning to their tasks and daily life as markets witnessed good activities.

A security source reported that the Asayish breached the cease-fire agreement today afternoon when they shot fire at one member of internal security forces in al-Askari neighborhood near the central market, killing him.

Units from the Syrian armed forces and internal security keep their presence in the city to protect civilians and provide them with their basic needs.

An agreement to halt fighting was agreed in the northeastern Hasaka province that came into effect at 14:00 p.m. on Tuesday, the Syrian TV reported.