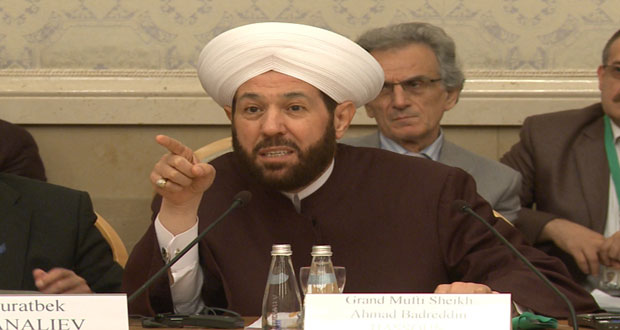 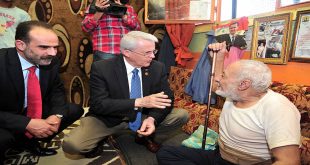 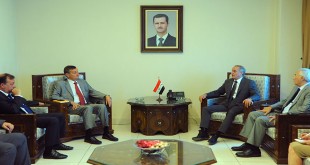 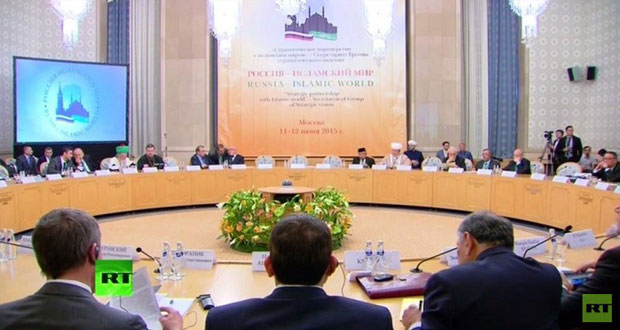 Russia and the Islamic World Conference opens with Syria’s participation

Moscow, SANA – Syria’s Grand Mufti Ahmad Badr-Eddin Hassoun said Russia seeks to achieve peace in the world and hopes that Muslims and Christians would establish something for peace.

He was addressing the meeting of the Russia-Islamic World Strategic Vision Group which opened on Thursday in the Russian capital Moscow.

Hassoun said Russia “brought us together today to ask us for how long we are going to withstand all the bloodshed in Libya, Sinai, Iraq, Yemen and Syria.” Hassoun lashed out at the Takfiri terrorists’ attempts to establish a so-called “Islamic State” or “Islamic Caliphate”, saying that this alleged “Islamic State” is being fueled militarily and financially by global institutions.

He stressed that what has happened in Paris and the terrorist attack on Charlie Hebdo magazine is the same thing that happened in the Saudi city of al-Qatif, stressing that the perpetrators of terrorist attacks have the same mentality and want to establish “states” to their size.

The Mufti called for investing this meeting in Moscow to find solutions to put an end to terrorism, especially that “thousands of our women, children and men are being killed and slaughtered by terrorists in the name of Islam.”

Other figures who delivered speeches at the conference called on the Strategic Vision Group to give priority to achieving rapprochement between the Islamic states and Russia and boosting joint work to fight extremism within the Muslim ranks, especially among the youths.

They highlighted the importance of having an alliance between Russia, China and the Islamic world to more effectively face the challenges and threats emanating from the West and terrorist organizations.

The Archpriest Vsevolod Chaplin, Chairman of the Synodal Department for the Cooperation of Church and Society of the Moscow Patriarchate reiterated that the main challenges currently facing Russia and the Islamic World are terrorism and extremism.

The participants voiced condemnations of the Islamic State in Iraq and Syria (ISIS) terrorist organization, stressing that is has nothing to do with Islam.

Earlier at the opening of the meeting, Russian Foreign Minister Sergey Lavrov said Russia is willing to coordinate with the Islamic countries in fighting terrorism and settling disputes through peaceful means. Addressing the meeting on behalf of Russian President Vladimir Putin, Lavrov said Russia considers the Islamic countries as “strategic partners” in the dialogue of cultures.

Lavrov expressed Putin’s and his own concern over the rising tensions in the world in the first place and in the Middle East region in particular where terrorists have intensified their activities and are spreading over large swathes of territory, warning of the seriousness of sectarian conflicts.

He cited the crises in Syria, Libya, Iraq and Yemen as posing a major challenge to international security and stability.

He expressed hope that the Islamic world would support Moscow’s initiative for conducting a comprehensive analysis in the framework of the Security Council of the risks posed to the Middle East, including the Arab-Israeli conflict, without double standards.

Many muftis and religious figures and experts from various Islamic countries are taking part in the conference.

The Russia-Islamic World Strategic Vision Group was launched in 2006 after Russia was granted observer status in the Organization of the Islamic Conference (OIC).