Lavrov: Security Council should uncover buyers of ISIS oil, coordinate with Syria to fight it 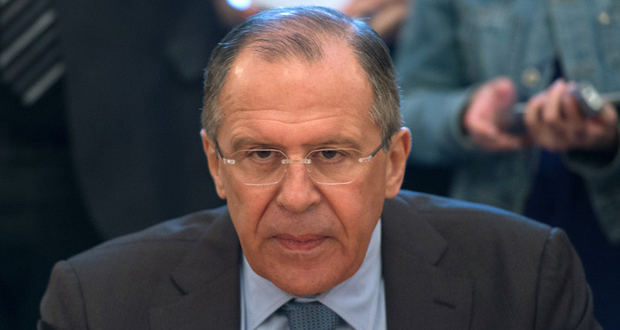 Moscow, SANA – Russia called for Security Council steps that would enable uncovering and pursuing the sides involved in oil trade by the Islamic State in Iraq and Syria (ISIS) and are buying oil from the terrorist organization.

In an interview with the New York-based international Bloomberg news agency, Russian Foreign Minister Sergey Lavrov stressed that there should be coordination with the Syrian government in the efforts to fight ISIS.

The activities of the US-led anti-ISIS alliance, he said, should be carried out through the Security Council, adding that it is “wrong” to launch strikes against ISIS positions inside the Syrian territory without Damascus’ consent.

Asked on Russia’s position on the possibility of the US carrying out ground military activities in the Middle Eastern countries to “spread stability”, Lavrov said “Do you consider that the US forces are the only ones capable of doing that?”

He cited Iraq and Afghanistan as examples of areas where the US forces have been on the ground but failed to establish stability.