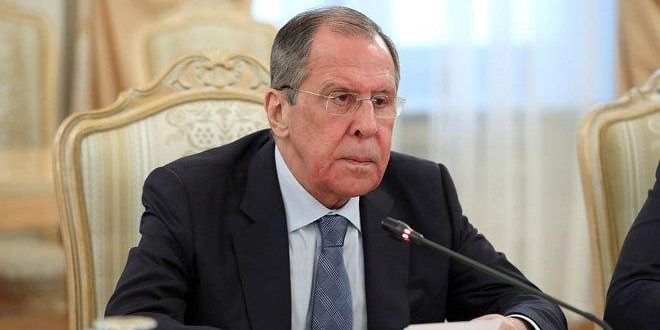 Moscow, SANA – Russian Foreign Minister Sergey Lavrov stressed the need to completely vanquish terrorism in Syria and resolve the crisis in it politically through intra-Syrian dialogue without external interference according to UN Resolution no. 2254.

Lavrov pointed out during a meeting with the Speaker of the Libyan House of Representatives Aqila Saleh that Russia supports the full implementation of Security Council Resolution No. 2254 to resolve the crisis in Syria, and stressed the necessity of reaching a political solution through intra-Syrian dialogue.

Lavrov stressed the need to defeat terrorism, whether in Syria or Libya or in any part of the Middle East, and that this should be removed from double standards and attempts of some countries to use terrorists to implement their geopolitical agendas in the region.