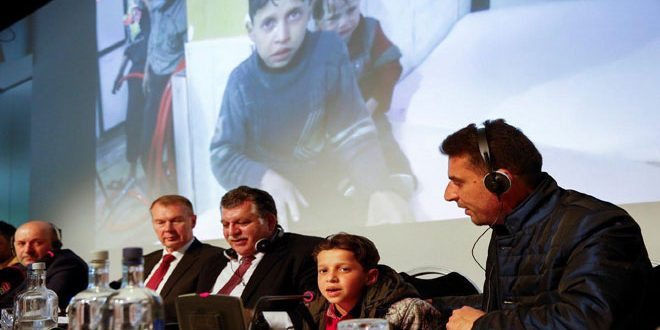 The Hague, SANA – The 17 eyewitnesses brought by Syrian and Russian missions to the Organization for the Prohibition of Chemical Weapons (OPCW) to the OPCW HQ in The Hague confirmed that there was not any use of toxic materials in Douma and the alleged chemical attack was staged. 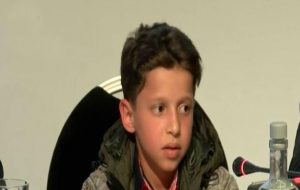 In the press conference held on Thursday the witnesses, who were used in staged videos of the chemical attack in Douma, proved that western claims in this regard are fake.

“We were at the basement and we heard people shouting that we needed to go to Point No. 1, i.e. the hospital. Meanwhile terrorists transported children, including his son, to the hospital where they started taking off children’s clothes and pouring cold water on them,” said father of Hassan Diab, the child witness who was among the victims in the fabricated video.

The 11-year-old child, Hassan Diab, described the incident in detail and how he was transported along with other children in a white car passing through a tunnel before they arrived in the hospital.

The medical staff at Douma Hospital, including doctors, nurses and paramedics, stressed that there were no cases of chemical poisoning in Douma city

“On April 7th, the hospital received up to 20 patients who had mild to moderate respiratory symptoms. The clinical examination does not show any symptoms resulting from the use of non-conventional weapons, said Hassan Eyoun, a doctor at the emergency department, adding that all patients were discharged after a few hours and no deaths were reported.

For his part, Surgeon Yassir Abdul Majeed said that a man holding a 2-year-old child headed to the Operations department at the hospital and claimed that she was exposed to toxic chemicals but no symptoms of chemical poisoning were found after the physical checkup. 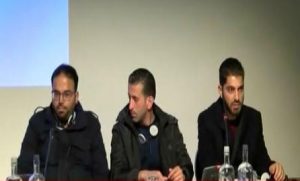 In turn, Dr. Khalil al-Jaish noted that all the patients who entered the hospital on the day of the alleged incident did not show any neurologic or cutaneous symptoms, but rather merely respiratory problems caused by heavy dust outside, adding that suddenly members from the so-called ‘White Helmets’ started to douse patients with water causing widespread panic and chaos in the site, stressing that all patients were sent home and no one died.

“Amid the chaos of that day, untrained volunteers have been brought to the emergency department at the hospital before filming the fabricated video. They started working without coordination with the medical staff,” said Moumtaz al-Hanash, an orthopaedic surgeon at the hospital, noting that the panic caused mainly by people shouting about the alleged use of chemical weapons. 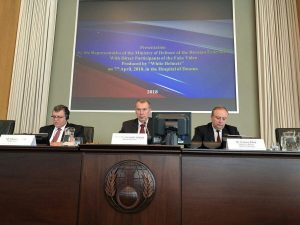 He indicated that the hospital received people who suffered from smoke and dust asphyxiation on the day of the alleged attack but no significant symptoms of chemical weapons exposure were found.

In turn, Muwaffaq al-Nisreen and Ahmed al-Sa’our reiterated than no one of patients who entered the hospital suffered from symptoms of chemical weapons exposure.

“There were people who were filming the chaos and the patients being doused with water by hoses originally used to clean the floors at emergency care department. The scene lasted for an hour,” Ahmad Kashoe’ stated.

One of Douma’s residents, Abdul Rahman Hijazi, said that members of the so-called ‘White Helmets’ asked him to douse people entering the hospital with water, affirming that no toxic chemicals were used while he was in the hospital.