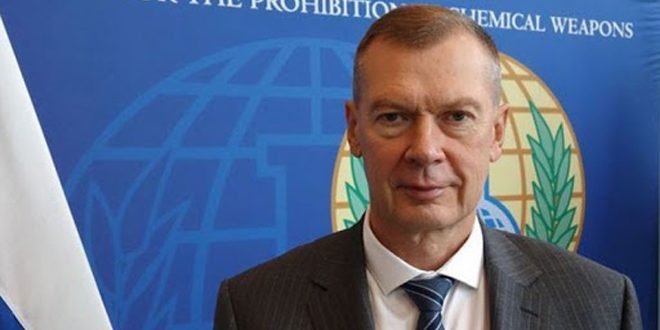 Moscow, SANA- Russia recalled the Organization for the Prohibition of Chemical Weapons (OPCW) to conduct impartial and reliable investigation in the alleged chemical attack in Douma city in Damascus Countryside in 2018, asserting that successful work of the OPCW depends on this matter.

“Successful work at the Organization for the Prohibition of Chemical Weapons (OPCW) will be impossible until trustworthy circumstances behind the incident in the Syrian town of Douma in April 2018 are established,” Russian TASS news agency quoted Russia’s Permanent Representative to the OPCW Alexander Shulgin as saying.

Shulgin added that an international dialogue could be built at the OPCW only after conclusions are received and by turning this sad page over, which does credit to neither Americans nor their coalition.

An OPCW official unveiled in March 2019 the OPCW management’s involvement in launching a ‘Malicious and shameful attack” against two veteran inspectors who prove the incorrectness of the organization’s story regarding the alleged attack in Douma and the accusations against the Syrian Arab Army to justify the US, British and French aggression against Syria at that time.

According to the official, the results which the two inspectors have reached and the violations they have uncovered have undermined the Western allegations regarding accusing the Syrian Army to carry out the chemical attack, indicating that the OPCW management ruled out their scientific work, and rewrote its first report and prevented them from adding any interpretation after they have uncovered that other evidence have been buried or forged

Wikileaks has previously published four documents which were leaked from the OPCW. The documents rule out the use of the chlorine gas in Douma and unveil that toxicologists have ruled out that the deaths were the result of infection with chlorine gas. 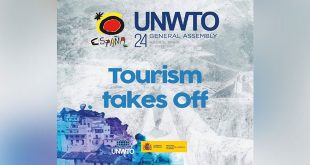