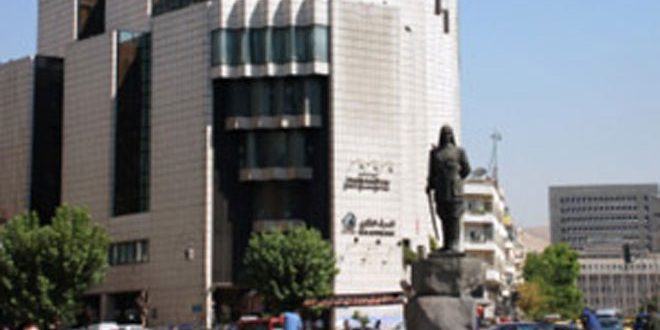 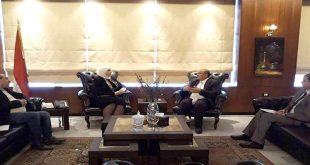 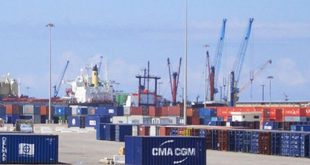 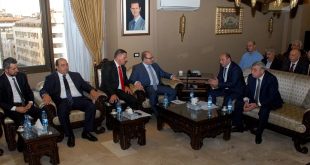 Damascus, SANA- Minister of Economy and Foreign Trade Mohammad Samer al-Khalil said that Syrian-Lebanese economic relations are built on solid foundations and the next stage will witness further development of commercial activity between the two countries.

Meeting the Lebanese Ambassador in Damascus, Saad Zakhia, al-Khalil hoped that the Syrian-Lebanese cooperation will regain its momentum after eradicating terrorism and re-opening border crossings thanks to the heroism and sacrifices of the Syrian army and its allies.

He added that the volume of trade exchange between Syria and Lebanon reached nearly USD 345 million at the beginning of October 2017, noting that vegetables, fruits, clothes and plastic products constitute the largest share of Syria’s exports to Lebanon.

Al- Khalil indicated to measures that might contribute to the recovery of Syria’s national economy despite current circumstances in the country, including need for the Lebanese side to reconsider recently-adopted customs procedures including the imposition of 10% import duty on vegetable oils.

For his part, the Lebanese Ambassador underlined the importance of developing Syrian-Lebanese economic relations in the current stage in a way that serves the common interests of both countries.