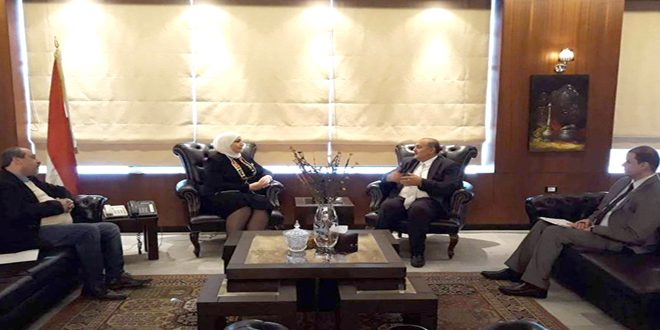 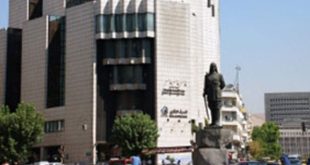 Damascus, SANA – Minister of Social Affairs and Labor Rima Qadiri discussed with Lebanese Ambassador in Syria Saad Zakhia the standing cooperation relations between the two countries, especially those related to social issues and the conditions of Syrians in Lebanon, particularly Syrian workers.

The two sides talked about the problems facing Syrian families in Lebanon who were forced to leave their homes due to the Syrian crisis.

Qadiri emphasized the importance of coordinating plans and programs that would facilitate the return of Syrians to their homes, explaining that the Ministry hasn’t taken any steps to stop or limit Lebanese employment in Syria.

She also called for providing facilitation 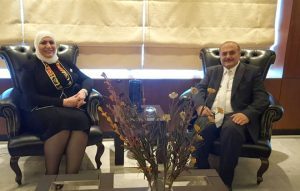 for Syrians on the Syrian-Lebanese boarders, stressing the need for more cooperation and collaboration between the two countries in this field.

In turn, The Lebanese Ambassador asserted that it is essential to activate the bilateral agreements, especially in the domains of social affairs and labor, and exerting extra efforts to strengthen and solidify the two countries’ relations.