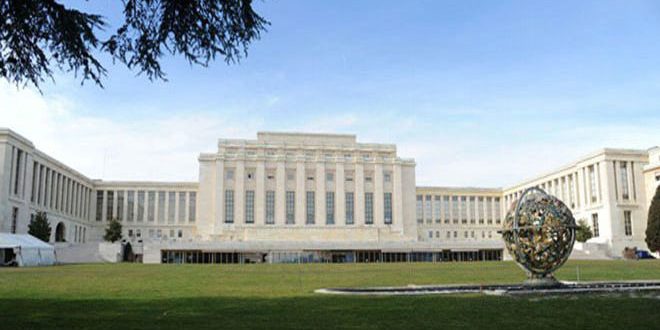 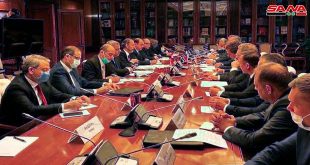 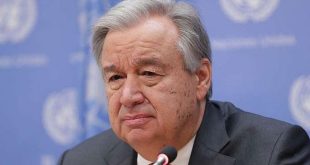 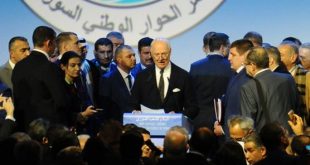 Geneva, SANA – The seventh round of the intra-Syrian dialogue in Geneva continues on Wednesday for the 3rd successive day at the UN HQ with the participation of the Syrian Arab Republic delegation, headed by Dr. Bashar al-Jaafari and other delegations.

The UN hasn’t announce till now Wednesday’s agenda for the intra-Syrian dialogue, as it announced yesterday that meetings between de Mistura and the opposition delegations will be held without specifying which delegations.

Upon his arrival at the UNHQ on Wednesday, de Mistura was asked why the meetings were limited to the technical delegations, and he said that there would be political meetings today, but he didn’t say with which delegation.

SANA’s delegate quoted media sources as saying that de Mistura demanded a single unified opposition delegation to come to the UN HQ in Geneva, but the sources said that these delegations failed to reach an agreement in this regard.

On a relevant note, the UN announced yesterday technical meetings with the opposition delegations without naming these delegations.

The UN said that the timetable is still uncertain, asserting that the first delegations could arrive late.

In an interview given to Sputnik Agency, de Mistura stressed that he intends to hold four rounds of intra-Syrian dialogue in Geneva by the end of 2017.

He added that the world’s leaders are very much focusing together on what are the priorities along which the Syrian crisis can be
deconstructed from its complexity, pointing out that the priority seems to be among everyone is fighting ISIS and achieving stability in the country through the political process.