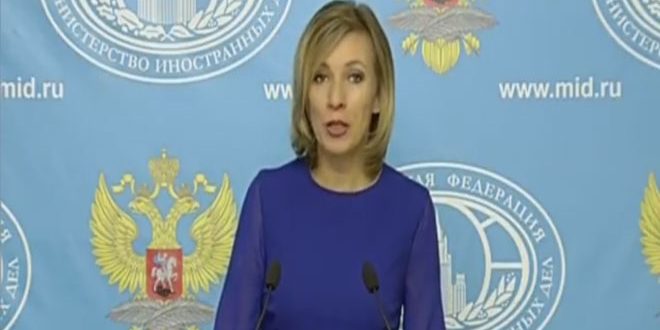 Moscow, SANA – Russian Foreign Ministry spokeswoman Maria Zakharova affirmed on Thursday that the US-led coalition destabilizes the situation in Syria and creates humanitarian problems as its operations violate the international law with them being conducted without the approval of the Syrian government.

In a press statement in Moscow, Zakharova said that the Us-led coalition is not taking into consideration the civilian casualties in Syria, where the coalition airstrikes caused the death of at least 300 civilians, referring to the criticism issued by the Amnesty International of the coalition’s actions in Syria.

On Wednesday, Amnesty International criticized the US-led international coalition air strikes in Syria, carried out under the pretext of fighting, that claimed the lives of a number of civilians, pointing out that the “analysis of available evidence suggests that in each of these cases, coalition forces failed to take adequate precautions to minimize harm to civilians and damage to civilian objects.”

Zakharova pointed out that terrorists in the eastern neighborhoods of Aleppo are getting more weapons, and they still prevent civilians from leaving the neighborhoods despite of the announcement of humanitarian pause by the Syrian and Russian sides, wondering why the western media outlets are not focusing on this side and show interest in how terrorists are gaining access to U.S.-made weapons. 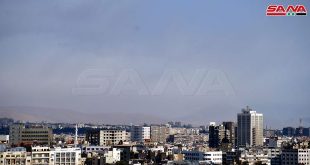