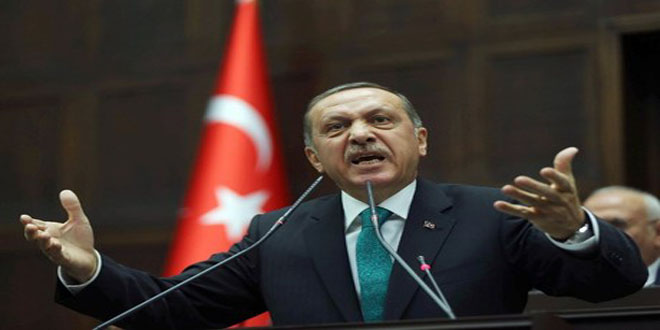 Hasaka, SANA- At least nine Syrian civilians were killed by the forces of the Turkish regime in the countryside of Hasaka province on the Turkish-Syrian border.

Local sources told SANA reporter in Hasaka that the Turkish army opened fire on a number of civilians at Kahyla village which is located between the cities of Ras al-Ayn and Tal Abyad, killing nine civilians including children, and injuring others.

Some of the injured persons, who were rushed to Ras al-Ayn city for treatment, confirmed that Turkish soldiers fired indiscriminately at them.

Erdogan’s regime transformed the Syrian-Turkish border was turned by into open crossings for smuggling weapons, ammunition, and mercenaries for terrorist organizations in Syria, and for buying the oil stolen from Syria by ISIS terrorists.