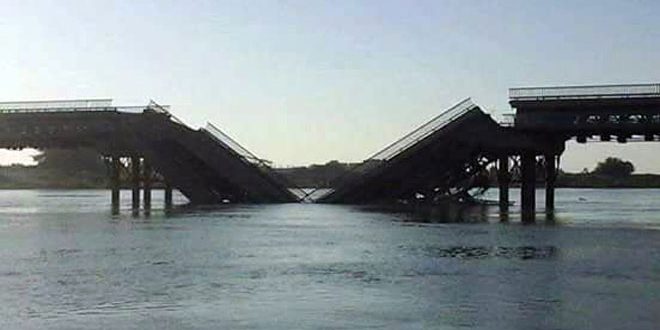 Deir Ezzor, SANA – Aircrafts of the US-led international coalition launched strikes on two main bridges on the Euphrates River in the countryside of the eastern Deir Ezzor province.

SANA reporter in Deir Ezzor said Wednesday that the strikes resulted in the destruction of al-Asharah Bridge that links the river’s two banks in the eastern countryside of the province only few hours after destroying al-Mayadin Bridge.

The destruction of the two bridges aims at disconnecting the areas located on both banks of the river, the reporter noted.

The coalition, which claims to be fighting ISIS terrorist organization, has repeatedly targeted the Syrian infrastructure with the aim to deliberately inflict damage on sites and facilities in the country.

In a latest targeting that took place on September 17th, the coalition hit a position for the Syrian Arab Army in Thardah Mountain in Deir Ezzor, paving the way for
ISIS terrorists to take over it.