One person killed, 16 others injured in terrorists’ rocket attacks in Aleppo 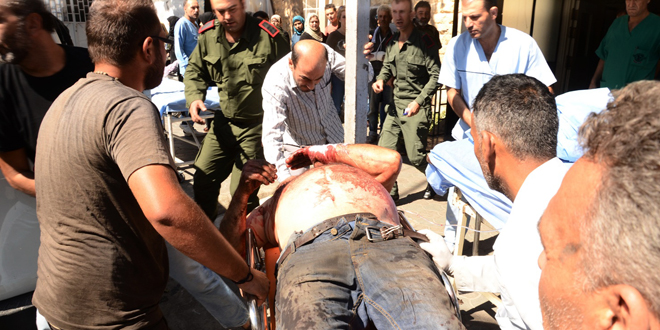 Aleppo, SANA-One civilian was killed while 16 others were injured in terrorist rocket attacks on many neighborhoods in Aleppo city.

A source at Aleppo Police Command said that one person was killed and 16 others were injured in terrorists’ rocket shells hitting al- Aziziyeh and al-Sayyed Ali, Moghambo and Zaharaa neighborhoods in Aleppo city on Wednesday.

The source added that the terrorist organizations fired rocket shells on many neighborhoods, claiming the life of a person, and injuring 16 others, in addition to causing material damage to the citizens’ houses and to public and private properties.