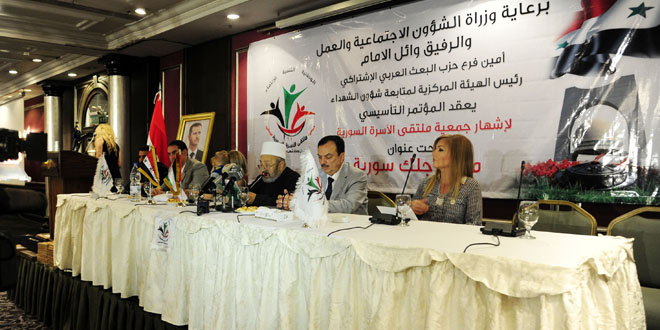 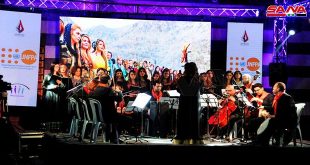 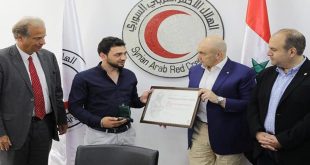 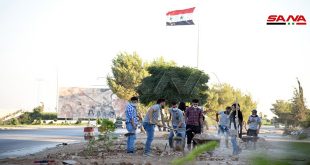 Damascus, SANA – The Syrian Family Assembly association announced its official launch on Saturday in an event at Dama Rose Hotel in Damascus after five years of volunteer work and activities for helping the families of martyrs, injured people, and families affected by the terrorist war on Syria.

Honorary chairman of the Assembly, Sheikh Kamil Nassr, delivered a speech in which he urged everyone to work to better Syria and overcome all difficulties and sanctions, while the Assembly’s Board of Directors Chairwoman Ahed Sharifa said that they will work on a program for returning people displaced by terrorism to their homes along with supporting families of martyrs and injured people and rebuilding Syria, as well as helping children affected by terrorism.

Likewise, Assembly Secretary Sharif Mardini said the association seeks to help families affected by the terrorist war on Syria, particularly children, calling for cooperation to ensure the success of the Assembly’s efforts.

Members of the association stressed the need to stand up to those who seek to destroy Syria’s social values and who target the Syrian family, calling for providing donations and support so that the Assembly can achieve its goals and help as many people as possible.

The event also included honoring the families of 25 martyrs, and screening a documentary on the Assembly’s work since its inception.