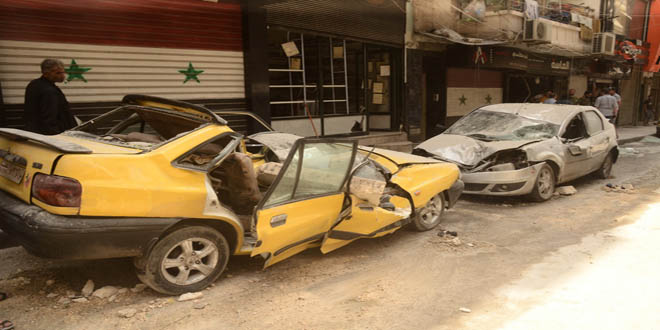 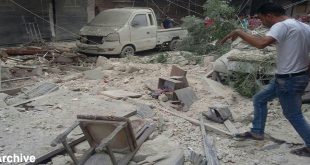 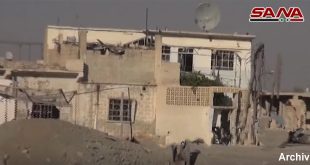 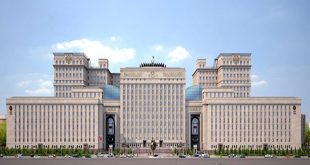 Lattakia, SANA – The number of breaches of the cessation of hostilities agreement by terrorist groups rose to 1054 after 9 new breaches were observed in Damascus and Lattakia in the past 24 hours.

According to the Hmeimim-based Russian center monitoring the agreement, which came into effect on February 27, terrorists of the so-called “Jaish al- Islam” attacked with mortar shells several towns and areas in Damascus, while terrorist groups affiliated to the so-called “Ahrar al-Sham” shelled many towns in Lattakia northern countryside, as other terrorist groups targeted with several shells Salhab town in Hama countryside.

On the other hand, the Russian center said terrorists of Jabhat al-Nusra, ISIS and the so-called “Jaish al-Fatah” continued attempts to undermine the agreement, targeting with various rounds many towns in Aleppo and its countryside.

The number of towns joining the cessation of hostilities agreement rose to 471 after 14 new towns in Lattakia have joined it, the center noted.

According to the center, a Russian plane dropped more than 20 tons of humanitarian aid over the ISIS-besieged Deir Ezzor city.

The cessation of hostilities agreement is not applicable to ISIS, Jabhat al-Nusra or other groups designated internationally as terrorist organizations.