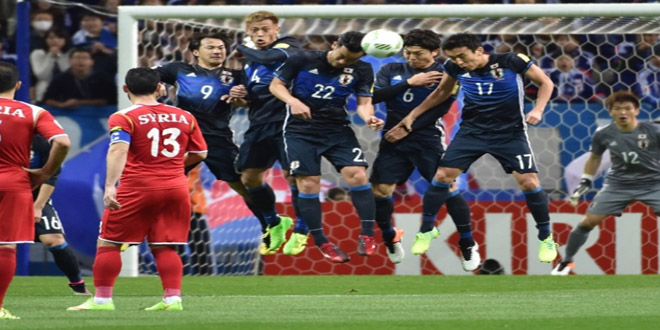 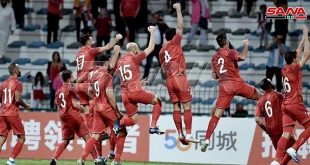 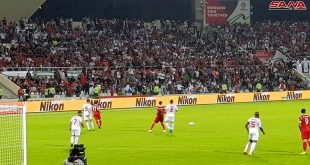 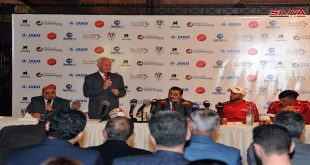 Tokyo, SANA – Syria’s national football team has qualified Tuesday for AFC Asian Cup finals and for the third and final leg of the Asian qualifiers of FIFA World Cup, despite of its loss to Japanese counterpart 0-5 within competitions of the joint qualifiers. 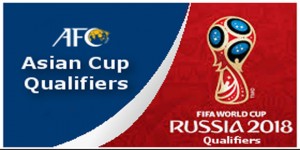 Qutaiba al-Refai, Secretary General of the Football Federation said that based on Australia winning over Jordan 5-1 and on not canceling Kuwait’s results, Syria’s national football team has qualified for the finals of AFC Asian Cup and the final round of qualifiers to FIFA World Cup among the top four second-ranked teams within eight groups.

According to qualification system, top-ranked teams and the top four teams ranked second in the eighth groups qualify for the finals.

2018 FIFA World Cup is scheduled to be organized in Russia, while 2019 AFC Asian will be held in the United Arab Emirates.