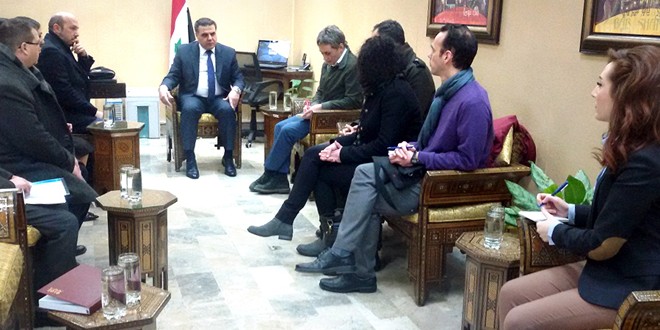 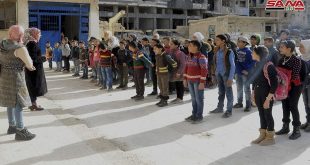 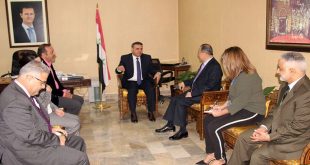 Education Minister: Syrian government will spare no effort to return all children to their schools in every area 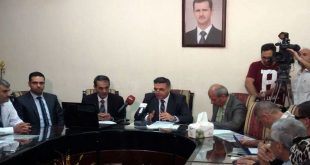 Damascus, SANA – Education Minister Hazwan al-Waz discussed on Thursday with Secretary General of the Syria Trust for Development Fares Kallas and Interim Syria Response Director at Norwegian Refugee Council Roberto Vila-Sexto means to enhance cooperation to ensure the stability of the education process in Syria and in rehabilitating and equipping damaged schools.

Al-Waz stressed it is one of the top priorities of the government and the Ministry to work on restoring and rehabilitating schools in the areas to which the army restored stability and security, referring to ongoing efforts to tackle the issue of schools turned into makeshift centers to host displaced families.

He cited some measures taken by the Ministry to ensure the progress of the education process, including starting part-time courses and programs, providing schools with prefab classrooms and writing intensive curricula.

In turn, Kallas voiced the readiness of the Syria Trust for Development, which is a non-governmental organization that functions in empowering individuals and communities in Syria, to fully support the education sector through a MoU signed with the Norwegian Refugee Council that is based on the Education Ministry’s priorities and needs, in addition to providing whatever facilitations necessary for the Council to embark on its work.

For his part, Vila-Sexto appreciated the Ministry’s efforts and stressed that the Council is ready to provide all possible support to launch a number of planned projects.

The damage caused to the education sector during the crisis is estimated at about SYP 235 billion, with around 5000 schools out of service due to the terrorist attacks and about 15,000 schools accommodating more than 4 million students.