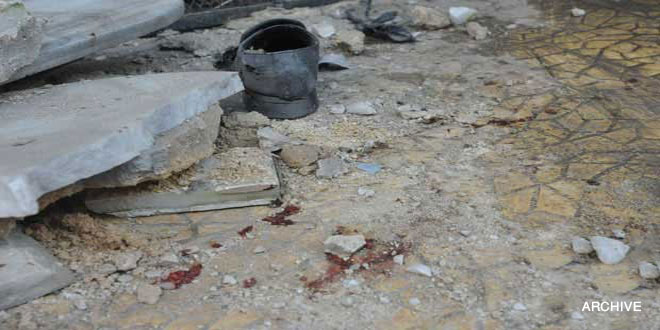 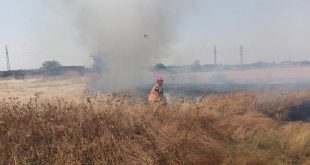 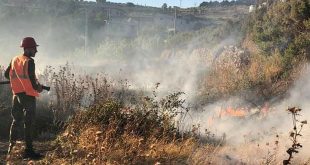 Homs, SANA – 15 civilians were injured in the blast of an explosive device planted by terrorists under a car in Wadi al-Dahab neighborhood in Homs.

A source at the province told SANA’s correspondent that 15 civilians were injured when an IED planted by terrorists under a car near al-Ayham shops in al-Khodari Street in Wadi al-Dahab neighborhood in the city, adding that the attack also caused material damage to properties.

The source went on to note that another IED planted in a dumpster near Masaken al-Shurta roundabout in al-Ahram Street in the same neighborhood went off as well, but this one didn’t cause any damage.