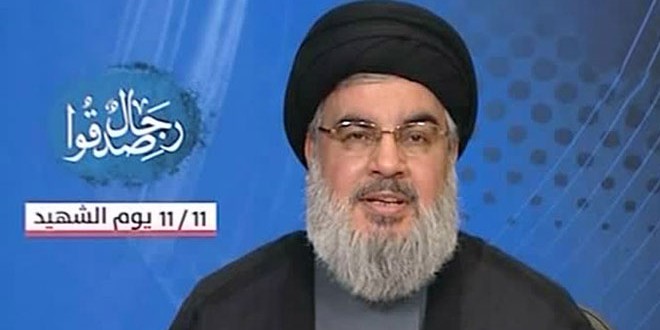 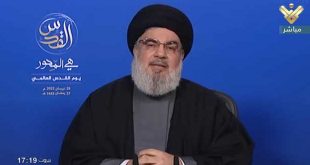 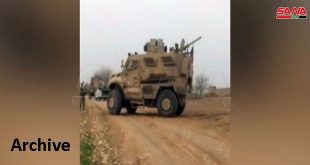 Beirut, SANA – Secretary General of Lebanon’s Hezbollah, Sayyed Hassan Nasrallah, asserted on Wednesday that breaking the blockade on Kwairis Military Airport in Aleppo countryside and inflicting heavy losses on terrorists sent a clear message to everyone that showed the resilience, strength, determination, and vigor of the soldiers and officers of the Syrian Arab Army.

In a speech on occasion of Martyr Day, Nasrallah said that this major victory, which came after a blockade that lasted for years, has great significance, particularly in relations to those who attempted to defame and slander the Syrian Arab Army and those who doubted its effectiveness and capability.

He pointed out to the high combat capability displayed by the force which advanced tens of kilometers towards the airport, heedless of the ambushes, landmines, and IEDs that ISIS terrorists tried and failed to use to halt the army’s advance.

Nasallah said these facts on the ground send a message to the United States and its pawns and allies that they must forget about the military option and move towards a realistic political solution that doesn’t include stymieing or arrogant preconditions, adding that this applies in Syria, Yemen, and any other place.