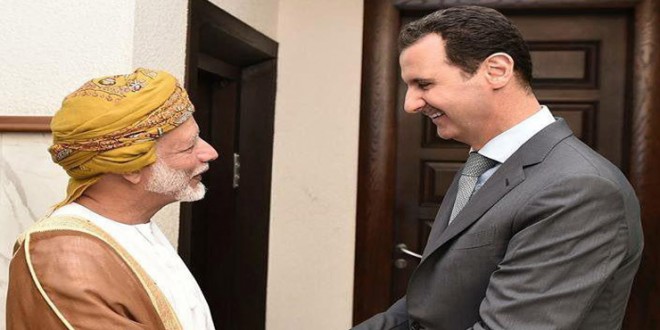 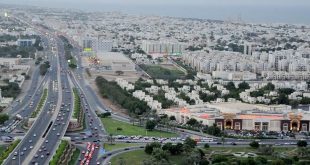 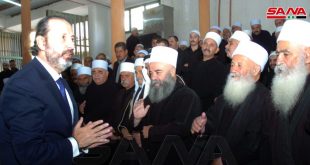 The two sides discussed Syrian-Omani relations, affirming that the two countries’ leaderships are committed to continuing cooperation and coordination to boost fraternal relations between their peoples, serve the security and stability of the region, and preserve the interests of their peoples. 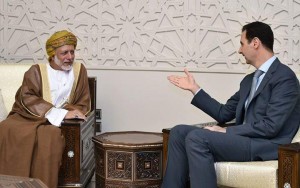 They also discussed developments in the region, particularly the war against terrorism in Syria, and the ideas proposed on regional and international levels to help resolve the crisis in Syria.

President al-Assad voiced the Syrian people’s appreciation for Oman’s positions towards Syria, saying that he welcomes Oman’s honest efforts to help Syrians realize their aspirations in a way that puts an end to the suffering caused to them by terrorism and preserves the country’s sovereignty and territorial integrity.

His Excellency also asserted that eliminating terrorism will contribute to the success of any political track in Syria.

For his part, Minister bin Alawi affirmed Oman commitment to Syria’s unity and sovereignty, saying that his country continues to exert every possible effort to help find a solution that would end the crisis in Syria. 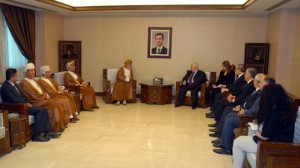 In the same context, Deputy Prime Minister, Foreign and Expatriates Minister Walid al-Moallem met bin Alawi and discussed with him the developments of the crisis in Syria and the importance of fighting terrorism.

Back on August 6th, al-Moallem met bin Alawi in Oman, with both sides stating that the time has come for constructive efforts to unite in order to end the crisis in Syria on the basis of realizing the Syrians’ aspirations of fighting terrorism, achieving security and stability, and preserving Syria’s sovereignty and unity.

Al-Moallem and bin Alawi had also asserted the need to continue cooperation and coordination to realize the mutual goals of the two countries’ peoples and leaderships.