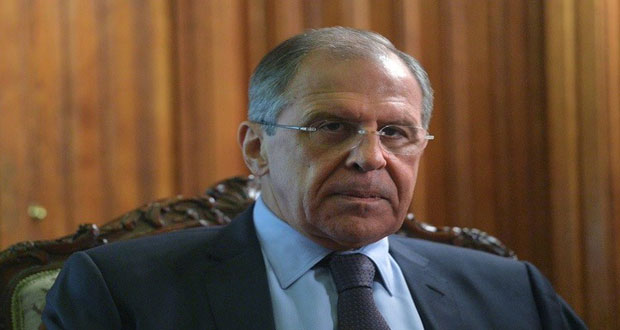 Moscow, SANA- Russian Foreign Minister Sergey Lavrov discussed with his Egyptian counterpart Sameh Shukri means to resolve the crisis in Syria and the situation in the Middle East region.

The Russian Foreign Ministry said in a statement that the two sides, during a phone call on Monday, exchanged viewpoints about the crisis in Syria and the entire region, affirming the necessity of exerting energetic efforts to find a solution to the crisis through drumming up international support for reaching a national accord in Syria.

The ministry pointed out that Lavrov and his counterpart also discussed practical steps to further enhance cooperation in foreign policy.

Meanwhile, Lavrov discussed developments in Syria with Sheikh Abdullah Bin Zayed Al Nahyan, the United Arab Emirates Minister for Foreign Affairs, during a phone call.
The Russian Foreign Ministry said that the both sides had a detailed discussion of the situation in the Middle East, with a focus on the developments in Syria.

In a relevant context, Lavrov and his Kuwaiti counterpart Sabah Al Khalid Al Sabah discussed the situation in the region, particularly in Syria.

There has been a flurry of political activity recently in the region aimed at outlining a formula for a peaceful solution in Syria that engages all parties in a counter-terrorism drive.

Last week, a three-way meeting brought together Syrian, Russian and Iranian officials in the Iranian capital Tehran that was preceded by a Russian-US-Qatari meeting in Qatar’s capital, Doha.

In the same context, Foreign Minister Walid al-Moallem had recently visited Oman, with the talks focusing on efforts to fight terrorism.