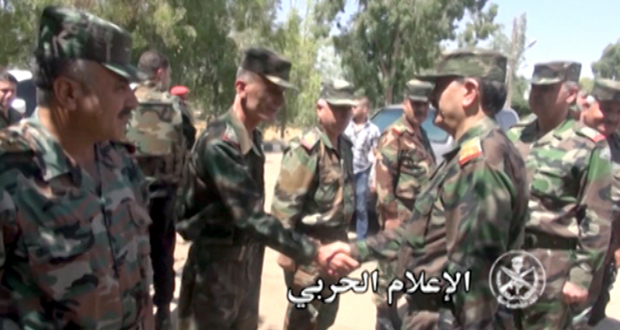 Accompanied by officers from the General Command of the Army and Armed Forces, the Minister met the army personnel at the military post, relaying to them greetings from President al-Assad and commending them for their high morale.

Field commanders briefed al-Freij on the steps taken to maintain high readiness, and he in turn provided them with directives.

The Minister also visited a military hospital and checked up on injured army personnel, wishing them a swift recovery and commending them for their bravery in fighting terrorists.

Also on occasion of Eid al-Fitr, commanders of military divisions visited martyrs’ cemeteries and monuments to pay their respects, in addition to visiting injured army personnel in military hospitals.