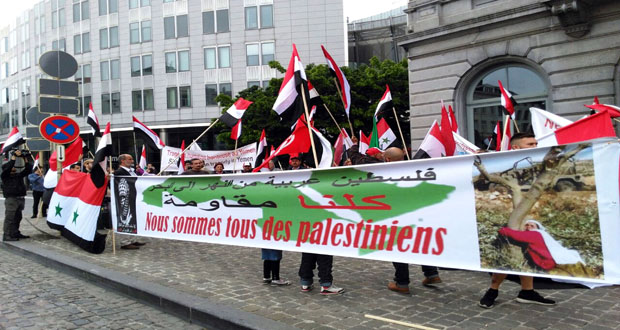 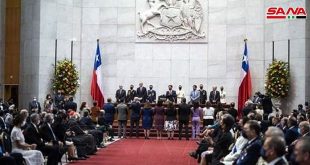 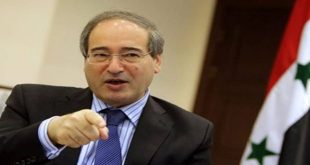 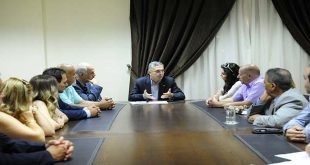 Brussels, SANA – A group of Arab and French associations organized a sit-in outside the European Parliament in Brussels, the Belgium capital, condemning the countries which are supporting terrorism, particularly France and Saudi Arabia. The participants called on world countries and the organizations concerned to take immediate action to rescue the ruins and artifacts in the Arab countries from destruction inflicted by the terrorists.

They referred in particular to the internationally renowned ancient Palmyra city in Syria and Yemen’s Sheba city whose ruins and historical artifacts are being plundered or demolished by terrorist organizations, mostly the Islamic State in Iraq and Syria (ISIS). The participants called for immediate halt of the financial and military provided to ISIS and other organizations by some European and Arab countries.

“We wanted to move and speak out in hope that we can awaken the long-asleep international conscience, especially that of the countries which claim care for human rights but act otherwise,” said Omran al-Khatib, a Syrian expatriate.

The associations that took part in the sit-in included the Patriotic Syrians Union in France, Syria’s Friends Association in Algeria, the Gathering of Expatriates for Syria and Syria’s Youth Imprint in the Netherlands, the Tunisian People Movement, the French Geopolitical Academy and a number of Yemeni associations.
Manar al-Frieh/Haifa Said 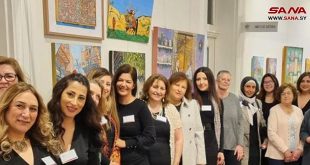