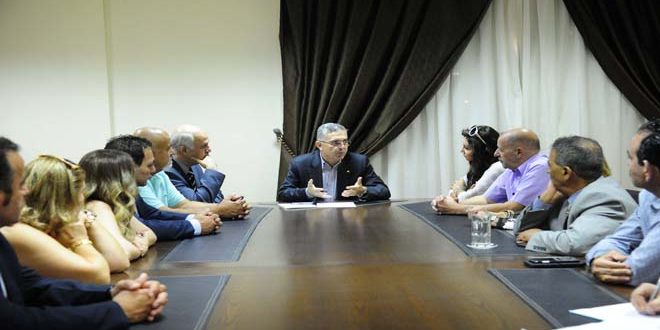 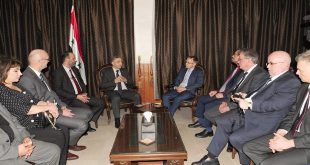 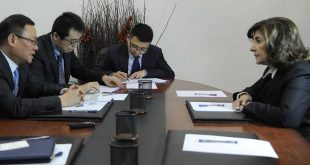 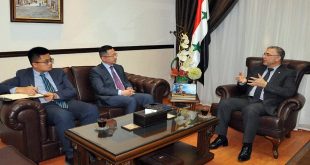 Damascus, SANA-Minister of State for National Reconciliation Affairs Ali Haidar affirmed on Sunday that the Syrians abroad play a big role in conveying the true picture of what is happening in the country as they are the best ambassadors in all fields.

Haidar, meeting a delegation of Syrian expatriates in the United States, added that local reconciliations are a victory for Syria in terms of strengthening the network of community relations and an expression of political will to resolve the crisis.

In turn, members of the delegation affirmed their determination to defend their country’s issues and support their reconciliation project in terms of consolidating the unity of the Syrian people and their stand alongside the field achievements achieved by the Syrian army in combating terrorism.