DPRK Foreign Minister: Syrians are defending their country with bravery 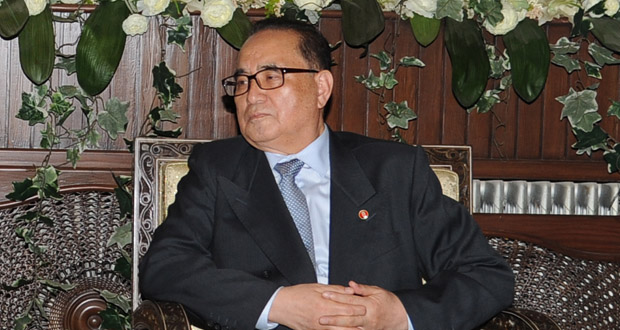 Damascus, SANA. Foreign Minister of the Democratic People’s Republic of Korea Ri Su Yong said that there are very few in the world like the Syrian people who defend their country with bravery, patriotism, and valiance.

Upon arriving at Jdaidet Yabous border crossing point on Tuesday, the Minister said in a statement to journalists that “allied forces in the world and some western countries who boast about being peerless in the world continue to conspire against Syria to destroy this brave country, but history shows that justice will certainly prevail, and the struggle of the Syrian people today shows this fact clearly.”