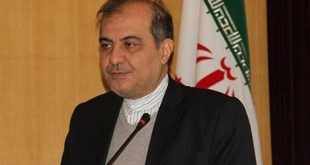 Damascus, SANA – Deputy Foreign and Expatriates Minister Fayssal Mikdad on Tuesday met Director of the Political Bureau of Palestinian Liberation Organization in Damascus Anwar Abdul-Hadi, discussing with him the latest developments in the region in general, and in Syria and Palestinian camps in particular.

Mikdad said that as part of its policy to alleviate the suffering of the Palestinian people, the government gave instructions to begin immediate distribution of aid in Yarmouk Camp and resolve any obstacle hindering this effort.

For his part, Abdul-Hadi said that work is underway to deliver aid to Yarmouk Camp, saying that this will be done within the next few days, adding that there are also efforts to resolve the crisis in the Camp in its entirety on the basis of clearing it of weapons and militants and returning its residents so that life can return to normal.

It should be noted that the General Authority for Palestine Arab Refugees (GAPAR) and UNRWA, with the help of the Syrian government, distributed over 55,000 food baskets and 11,000 health packages among the locals of the camp in 2014.