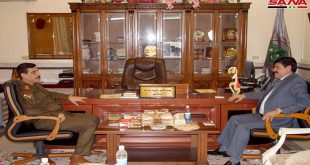 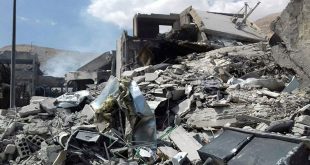 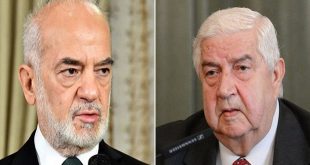 The two sides also touched upon means of cementing relations between Syria and Iraq.

A statement by the Iraqi Foreign Ministry said al-Jaafari stressed during the meeting the need for coordination and cooperation and unifying the regional and international efforts to face the danger of the terrorist gangs of the Islamic State of Iraq and Syria (ISIS).

Al-Jaafari, the statement added, demanded that terrorism-afflicted peoples be backed in order to come to wiping out the terror ideology facing the entire humanity.

The Syrian Ambassador, for his part, affirmed the importance of having consultation and coordination continued between the governments of Syria and Iraq to the best interest of the two countries’ peoples.

Al-Dandah described in a statement to SANA correspondent his meeting with al-Jaafari as “positive” and characterized by a spirit of candidacy, responsibility and common awareness of the gravity of the challenges ثngulfing the two countries.

As for the bilateral relations, al-Dandah said the meeting underscored the necessity to develop the prospects of coordination in the diplomatic, security, economic and trade fields to serve the Syrians and Iraqis’ interests and ward off the terror dangers.