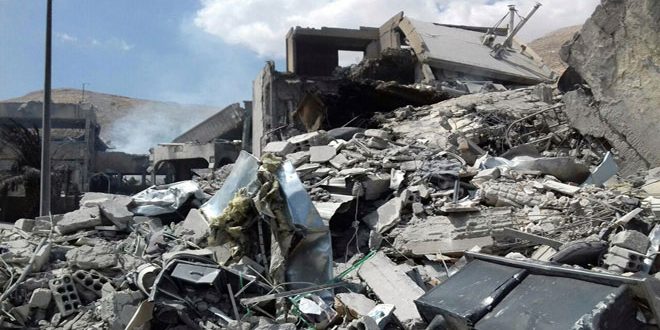 Baghdad, SANA- Iraqi Foreign Minister Ibrahim al-Jaafari reiterated that the tripartite US-British-French aggression on Syria will have negative impacts on the security and stability in the region and will give terrorism an opportunity to re-emerge again.

Al-Jaafari remarks, according to statement of the Iraqi Foreign Minister’s Office, came during a phone call received from Acting United States Secretary of State John Sullivan on Sunday.

The Iraqi official reiterated the need for adopting the political solution to crisis in Syria, emphasizing the Syrian people’s right to determine their future.

Al-Jaafari clarified that the danger of terrorism threatens all the world‘s countries a whole.