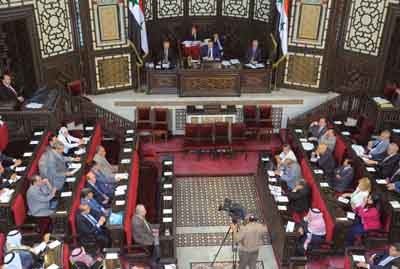 Damascus, SANA. People’s Assembly held a session chaired by Speaker Mohammad Jihad al-Lahham, during which it passed a bill on exempting the loans from the Agricultural Cooperative Bank from contractual interests and fines for delayed payments.

The law is aimed to ease financial burdens on farmers amid high production fees and to encourage them to cling to their lands and go ahead with their production, as the agricultural sector has a paramount importance in achieving social and economic stability.

The Assembly also referred a bill on imposing a fee of SYP 10,000 for requesting a legal accountant certificate to the Financial Laws Committee for study.

During the session, Assembly members said that the victory of Dr. Bashar al-Assad in the presidential elections marks the start of the road towards the new Syria that its people want and heralds the Syrians’ victory over conspirators and terrorism. 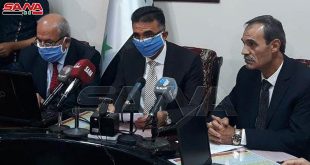