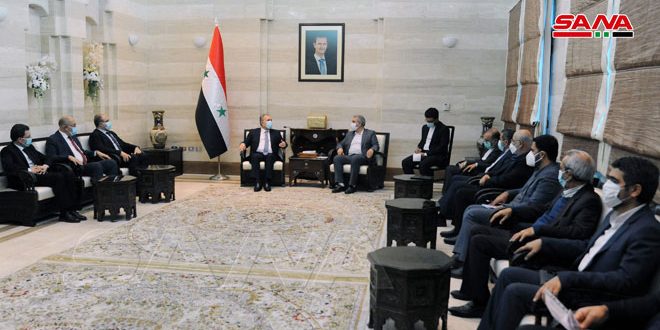 Arnous appreciated stance of Iran’s leadership, government and people in support of the Syrian people in its response to the terrorist war and the unjust blockade, stressing Syrian government’s willingness to take all measures that push joint work and cooperation forwards, particularly in the economic field to promote it up to the level of strategic political relations between Syria and Iran.

For his part, the Iranian Minister expressed his country’s continued support for the Syrian people and working to develop economic relations and restore the Syrian industry’s position, pointing out to the desire of many Iranian companies to invest in Syria and establish joint projects with economic activities in it.

Talks during the meeting stressed the need to encourage industrialists in the two countries to participate and establish joint investments that include many industries needed by the markets in Syria and Iran.