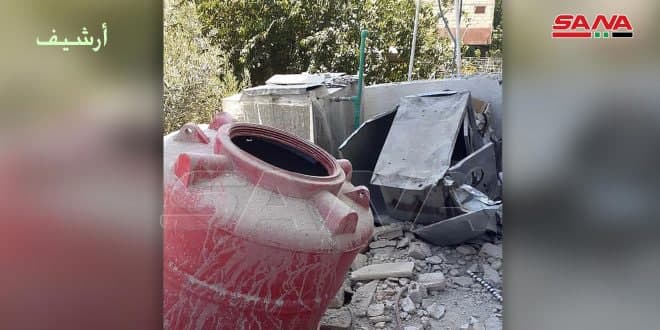 A field source said that on Friday evening and until early hours of Saturday morning, the terrorist groups targeted with mortar shells the Army’s points in al-Manshiya neighborhood and the surroundings of Daraa al-Balad and the residential areas, causing material damages, adding that the Army units responded with the appropriate weapons to the source of fires.

The source added that on Saturday afternoon, the terrorist groups renewed their attacks and the army also responded with appropriate weapons.

The source noted that those terrorists’ groups are still carrying out attacks rejecting the peaceful solutions granted by the army and refusing to complete the implementation of what was agreed upon in an attempt to undermine all efforts made that spare civilians the dangers of military action aimed at ending the terrorists’ control in Daraa al-Balad.

The army units opened a corridor from the Industry Zone, east of Daraa city for civilians wishing to leave neighborhood of Daraa al-Balad, Tareeq al-Sad, and al-Moukhayam to the city for several hours.

Earlier, the army units had opened al-Saraya corridor for civilians wishing to leave the areas under the control of terrorists towards Daraa al-Mahata, and the state had prepared a makeshift housing center with various basic supplies and materials to receive them.