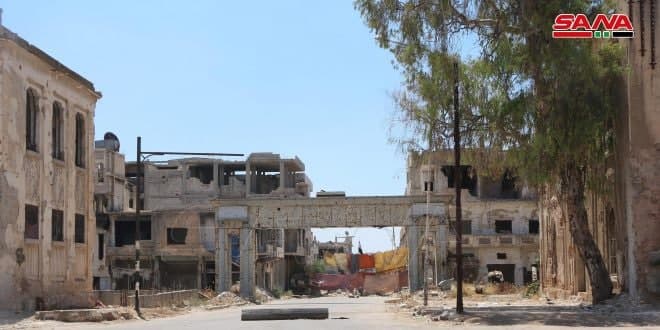 Daraa , SANA-Two children were martyred and three of their siblings and their mother were injured as they came under a mortar shells launched by terrorists falling down on their house in Qarfa town in Daraa northern countryside.