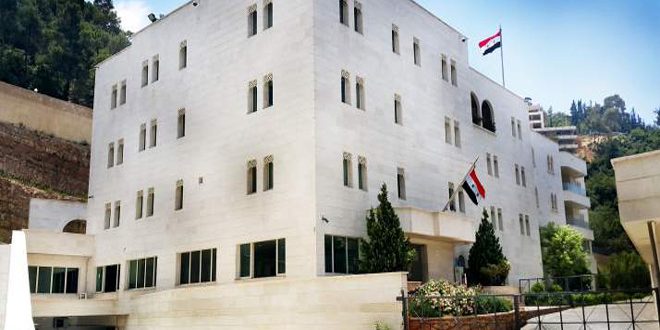 Beirut, SANA- Syrian Embassy in Beirut refuted claims circulated by some social networking sites on disappearing of what they called “Syrian activists” as these sites alleged that they entered the embassy and haven’t exited from it.

In a statement, the embassy called upon those who are responsible for those social networking sites and media outlets to be accurate and seek the truth before spreading such malicious rumors.

The embassy affirmed its permanent readiness to work with maximum capacity to complete  the  documents of Syrian citizens and non-Syrians, provide all the necessary facilitations, and maintain their safety and security.

The embassy thanked the Lebanese bodies, which provides Syrians visiting the embassy with security and safety.