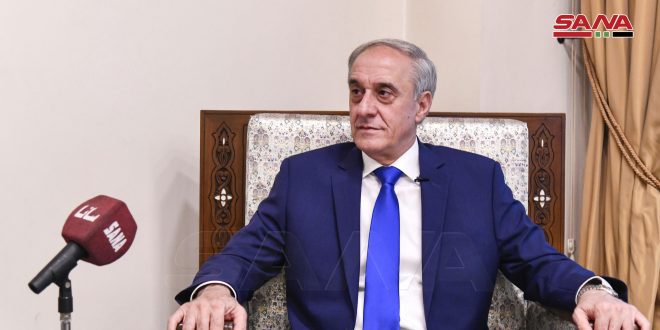 Damascus, SANA – Assistant Foreign and Expatriates Minister, Ayman Sousan, affirmed that the Syrian Embassies in many states in the world have finished their preparations needed for holding the presidential elections for Syrians living abroad which will be conducted on May 20th amid remarkable cooperation among expatriate institutions to accomplish the constitutional entitlement optimally as an embodiment of Syrians’ adherence to their sovereign decision.

Sousan told SANA’s delegate that the embassies have prepared electoral lists and records and completed all their preparations to conduct the elections for the Syrians abroad according to the rules of the election law and its amendments.

Sousan called on the Syrians to take part in the elections as it is a catch-all national decision, stressing that “on May 20th, we will see the expatriates’ expression about their belonging to homeland and their adherence to the sovereign decision,” adding that Syria is for Syrians only and no one can decide its fate, but its sons.