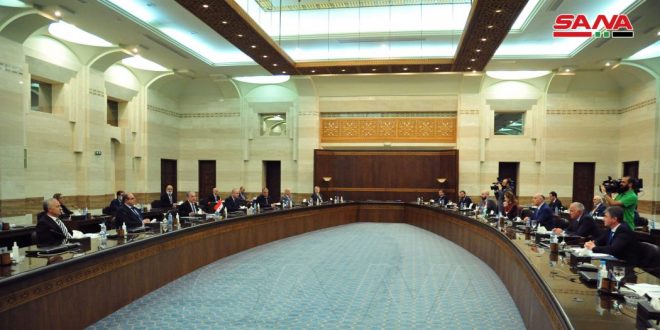 Arnous affirmed the importance of exerting joint efforts to boost aspects of cooperation in the interest of the two friendly peoples in light of challenges that face the two countries.

He pointed out to the Syrian Government’s determination to carry out the directives of President Bashar al-Assad to take all needed measures and decisions to deepen cooperation between Syria and Abkhazia.

President Bzhania, for his part, said that the joint committee forms a good basis for work between the two sides to enhance and develop cooperation in all domains. Earlier, Prime Minister and President Bzhania held a session of talks focusing on the future of cooperation between the two countries and the need for taking executive steps for joint investment on various economic potentials.

The Syrian-Abkhazian Joint committee held discussions on cooperation in the fields of transport, tourism, education, agriculture and many other domains of cooperation.

At the end of the meetings, the two sides signed the protocol of the first round and an agreement of cooperation between the Syrian and Abkhaz ports.