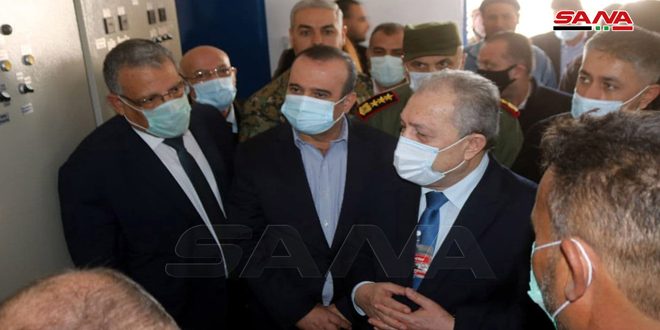 Arnous chaired a government delegation on a visit to Deir Ezzor province, touring a number of agricultural sites in the eastern countryside of the province.

“The government spares no efforts to provide the requirements for agricultural production of fertilizers, fuel and tractors,” Arnous said, stressing the importance of cultivating every inch of land in the governorate with strategic crops, particularly the wheat crop, in a way that contributes to settling the citizens in their lands and villages and re-operating the agricultural production wheel.