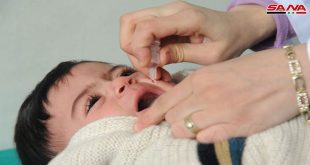 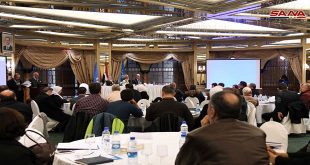 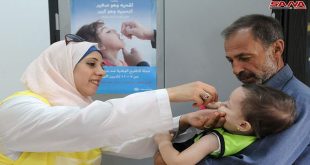 WHO: Syria is once again free from polio

Daraa, SANA – The Health Department of Daraa announced that the recent national anti-polio vaccination campaign has so far covered 119,948 out of the 125,260 targeted children in the southern province, recording a coverage rate of 95%.

Mohamad al-Ghazawi of the Department, who is in charge of the vaccination process, said on Sunday the coverage rate will rise once vaccination statistics of Nawa and Bosra areas arrive.

He pointed out in a statement to SANA that the vaccination process was carried out at 69 health centers and 3 medical points and included the participation of 504 persons and 92 mobile teams.

The anti-polio vaccination campaign, the tenth to have been held since late last year, was launched last Sunday and lasted five days, targeting all children under five across the country. 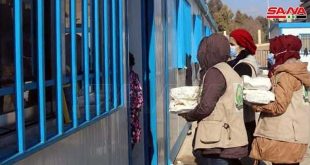