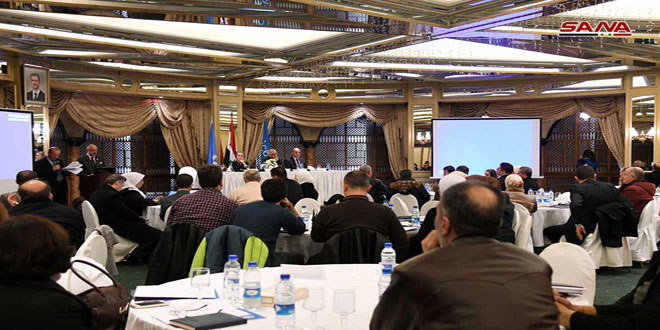 Damascus, SANA- After announcing Syria is free from polio, Health Ministry , The World health Organization (WHO) and UNICEF revealed about a national plan to prevent the return of polio through going on in cooperation to carry out national regular vaccination campaigns. 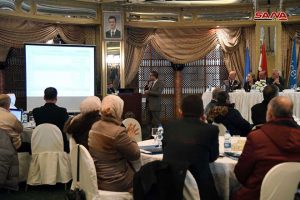 On January 23rd , 2018, WHO said that no cases of infection with mutated poliovirus type 2 have been registered in Syria for over a year , considering it as a victory for public health on the regional and global levels.

Speaking at a workshop to curb the return of polio in Syria, Head of the Health Care at the Health Ministry Dr. Fadi Qassis said that the Ministry managed to eradicate the spread of mutated poliovirus type 2 virus in 108 days, describing it as a record time.

Qassis revealed that the vaccination teams entered on Tuesday various areas in Deir Ezzor province for the first time where 25 fixed and temporary teams and 130 medical staff were distributed in the areas of al-Sour, Badiya, al-Jazira and al-Mayadeen countryside.

He added that the polio vaccine campaign has targeted over 2000 children so far. 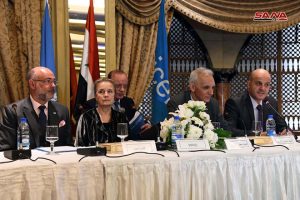 For her part, resident representative of WHO in Damascus Elizabeth Hoff said “I am so proud of the health Ministry’s responding in regard to polio eradication, yet there are still gaps in some areas in Deir Ezzor, Raqqa and Aleppo provinces.”

She added “that requires expanding the poliomyelitis plan for another year to protect the children and raise their immunization.”

Speaking to SANA, Head of Deir Ezzor Health Directorate, Bashar Shoueibi said that 130 medical staff have started their work on Tuesday to vaccinate children against polio in the area extending 150 km alongside Euphrates River towards Raqaa city.