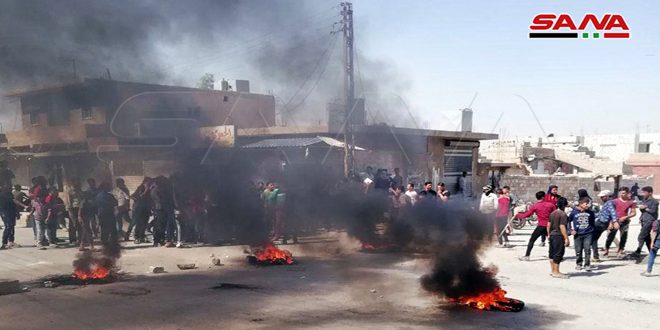 Raqqa, SANA- The US -backed Qasad “SDF” militia on Monday continued its crimes against the locals in the areas where they are positioned as it kidnaped a number of women from Raqqa western countryside.

Local sources told SANA reporter that a group from Qasad militia besieged al-Jarniyah town in Raqqa western countryside from all directions and established checkpoints at the entrances of the town and within its neighborhoods in parallel with storming into citizens’ houses by the militia’s gunmen who kidnapped 3 women from the town and took them to unknown destination.

In another context, the sources indicated that a gunman from Qasad militia was shot dead by unidentified persons in Raqqa city whose most of its neighborhoods have been destroyed by the so-called US-led “International Coalition” which have displaced dozens of thousands of its locals.

Locals of Syrian al-Jazeera region who got fed up with practices of Qasad militia and their supporters of the US occupation have staged demonstrations during the past few weeks in several towns and villages in Hasaka and Raqqa countryside demanding the expulsion of occupation forces and Qasad militia from their regions. 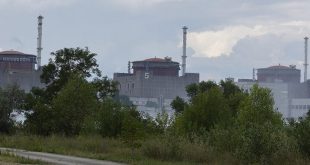