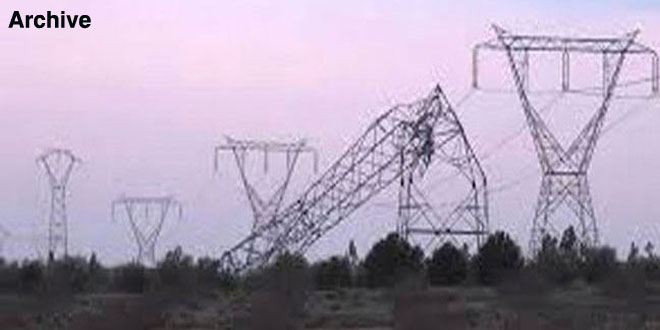 Hasaka, SANA- Mercenaries of the Turkish occupation forces of terrorist organizations have continued to pillage public facilities and the locals’ properties in the occupied villages of Ras al-Ayn in Hasaka northern countryside.

local sources told SANA’s reporter that the Turkish occupation mercenaries dismantled and stole electrical poles and towers in the villages of Mutila, lazqa, and Tal Sakhir in the eastern countryside of Ras al-Ayn and transported them to open areas used as warehouses for storing stolen materials such as the scrap and other materials, in preparation for selling them to Turkish brokers.

On Sunday, the Turkish occupation mercenaries stole agricultural equipment and vehicles, in addition to power generator sets, and submersible pumps from the wells of farmers in Abah village, southwest of the occupied city of Ras al-Ayn.