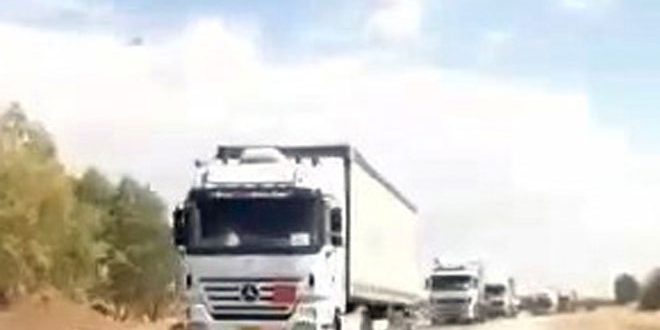 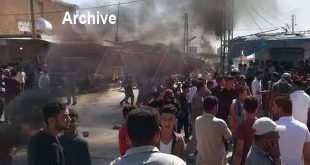 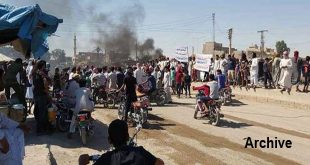 Hasaka, SANA- US occupation forces have brought in military and logistic reinforcement coming from Iraq through one of their illegal border crossings to the Syrian territories, in a new violation of the international laws and norms.

Civil sources in Hasaka countryside told SANA reporter that the US occupation forces brought in 22 trucks loaded with military and logistic materials, and accompanied with eight US military vehicles into their illegal base in Life Stone Resort ,west of Hasaka city on the road between Hasaka and Tal Baidar in the Syrian territories .

The sources added that the US occupation forces on Saturday evening brought in a convoy of 40 vehicles via al-Waleed illegal border crossing in Ya’arobia countryside as a part of them entered to their illegal base in Kharab al-Jeir area in al-Malikiya countryside.

During the past months, thousands of trucks loaded with weapons and military and logistic equipment were brought in by the US occupation forces into Hasaka through illegal crossings to enforce their illegal presence in the Syrian al- Jazeera area and to steal oil and other resources, in cooperation and collusion with the terrorists and armed groups they support in those areas.