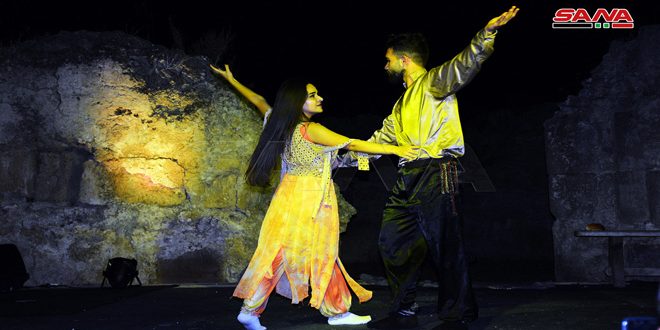 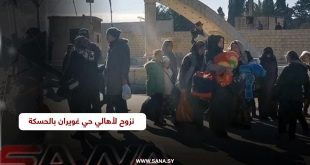 Lattakia, SANA_ The theatrical show “The Message of Peace”, hosted by the Royal Palace Square in the archaeological city of Ugarit, is inspired by the Ugariti message of peace that  was written 7,000 years ago on a clay tablet. The message includes ” Keep the war away from earth, end conflicts, let peace seeps deep  into the ground and let friendship grows between fields”.

The show was made as part of activities of Ugarit First Festival held by the Ministry of Tourism in cooperation with Lattakia Governorate marking the World Tourism Day.

The theatrical show chose the monuments of Ugarit city to be its theater away from the indoor halls, taking the antiquities itself as a decor for the show within an integrated artistic show which was concluded by Ugariti anthem.

Ugarit First Festival was attended by several choirs that presented a collection of musical concerts and folk dances.

The Norwegian traveler, Pierre Stevenson, who attended the event, said he chose to visit Syria to closely brief on what is happening, voicing his admiration of all the archaeological sites he visited and for the hospitality of the Syrians

Ugarit was an old city that was discovered in 1928. It is one of the most important Syrian cities and kingdoms as it has enriched the human civilization in general and in the region in particular.