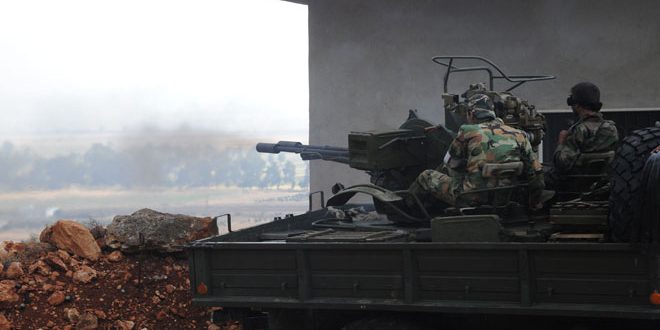 Hama, SANA – Army units on Thursday killed many of Jabhat al-Nusra terrorists and members of groups affiliated to it in the northern countryside of Hama.

SANA reporter said that an army unit targeted gatherings of Jabhat al-Nusra terrorists in the villages of al-Hweiz and Tal Hoash and the towns of Kafr Nobouda and al-Sharia in the northern countryside of Hama, killing many of the terrorists and destroying their weapons.