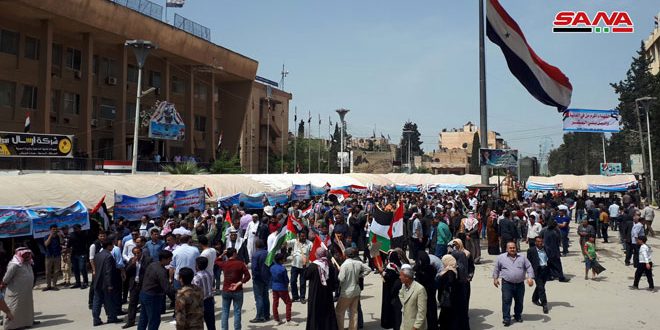 Hasaka, SANA –Citizens of Hasaka reiterated their support to the Syrian Army in its war against terrorism and their belonging to Homeland, Syria, affirming their rejection of any separatist schemes operated by the US and Zionism to target Syria’s unity under any logo. 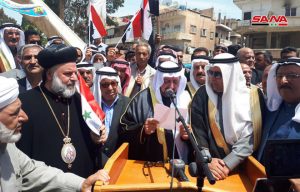 Thousands of the citizens, who gathered at the National Forum against US Separatist Plots,  affirmed in a statement “the popular mobilization to face the separatist plots under the names of Federalism or self-administration.”

They underlined that the way to solution couldn’t pass except through the Syrian state.

Earlier, the National Forum against US Separatist Plots was held Thursday in Hasaka Province with considerable participation from locals and dignitaries as to assure adherence to territorial integrity of Syria. 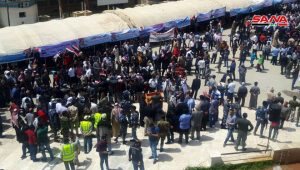 The participants including national and religious figures from Arab tribes expressed rejection of the separatist schemes that target Syria’s unity and territorial integrity and the US illegitimate presence in the Syrian territories.

They also expressed support to the Syrian Arab Army in its war against terrorism.