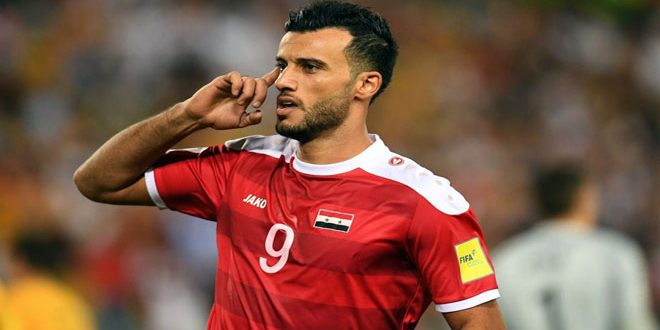 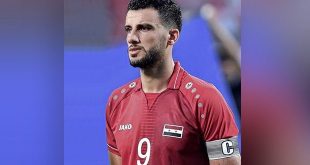 Kuala Lumpur, SANA_ The Syrian striker Omar al-Soma is among the ’10 of the Best’ competing for Asian Cup 2019 UAE Top Scorer scheduled to be held  next January 5, 2019.

The list of top 10 players, announced on the website of the Asian Football Confederation (AFC ), included the Syrian football player al-Soma besides 9 other players.

The 29-year-old Al-Soma has achieved with Syria’s team remarkable results in the World Cup qualifiers where he scored decisive goals. Al Soma was the top scorer of the Saudi Al-Ahli Club for three consecutive season.

The UAE’s Ali Mabkhout was crowned as top scorer of the 2015 AFC Asian Cup in Australia.