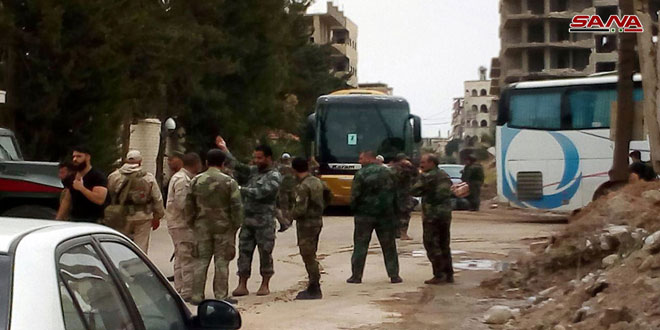 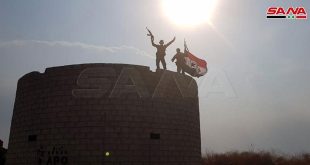 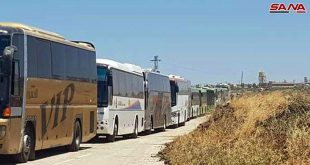 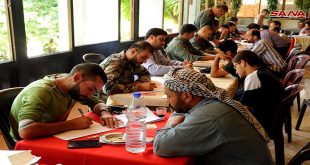 Damascus Countryside, SANA- Measures to evacuate the fourth batch of terrorists who are unwilling the settle their cases and their families from the towns of Yalda, Babila and Beit Sahem to northern Syria were concluded on Sunday evening.

SANA’s reporter said that 62 buses carrying hundreds of them exited the three towns via Beit Sahem corridor after they have been thoroughly inspected.

The buses then gathered at a designated point in preparation for them to head in a single convoy to Idleb and Jarablos under the supervision of the Syrian Arab Red Crescent (SARC).

The reporter said the process of evacuating the terrorists who reject settlement along with their families will continue, and afterwards those who want to stay will have their legal status after handing over their weapons.