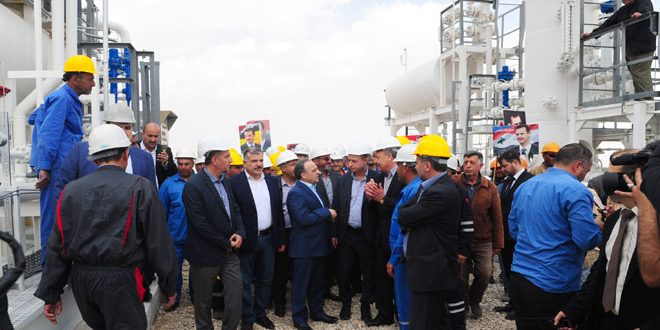 Damascus, SANA – Prime Minister Imad Khamis inaugurated on Thursday gas project at the regions of Qara and al-Bureij in the north of Damascus. 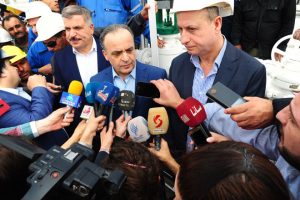 The project, which was fulfilled by national expertise, has a production capacity of one million cubic meters per day and its cost reached at SYP 9 billion in the first stage.

The Prime Minister met the workers who carried out the project and praised the exerted efforts to complete this national project which has reflected a message to the world that the Syrian people have the determination to build their country in all fields despite the terrorism that has affected the country for years.

One of the government’s priorities is to restore the energy sector that constitutes the mainstay of the economy and production, Khamis said. 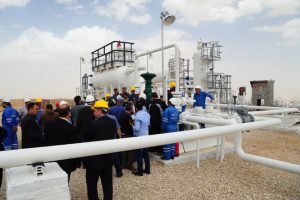 He added that the rest of gas wells will be operating in the region in the coming year.

In turn, Minister of Petroleum and Mineral Resources, Ali Ghanem, asserted the importance of putting these fields with a production value estimated at 20 billion cubic meters into service.

He stated this project has a positive impact on the economic sector and will reflect Syria’s ability to depend on itself through fulfilling its own projects by national expertise and in record time.