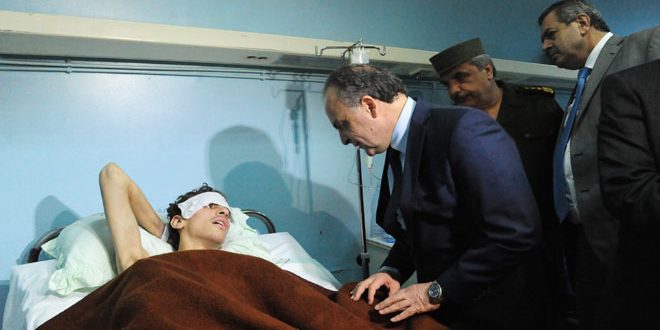 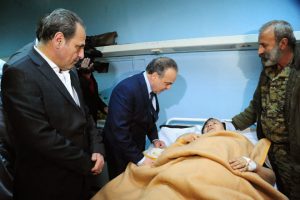 He was briefed by the director of Damascus Hospital and the medical staff on the conditions of the injured and the health services offered to them.

Khamis told the journalists that this massacre is added to hundreds of similar crimes committed by the armed terrorist groups, and it is similar to the aggressions of the Turkish regime in northern Syria and the international coalition in the east of Syria.

For his part, Director of Damascus Hospital, Dr. Haitham al-Husseini, told SANA that 35 bodies of martyrs killed in the attack arrived at the Hospital, as well as 35 injured people who received emergency care and then were discharged.

10 of the injured were subjected to surgical procedures, al-Husseini said, adding that a number of the wounded were placed in intensive care, as some were critically wounded while others will be monitored for 48 hours.