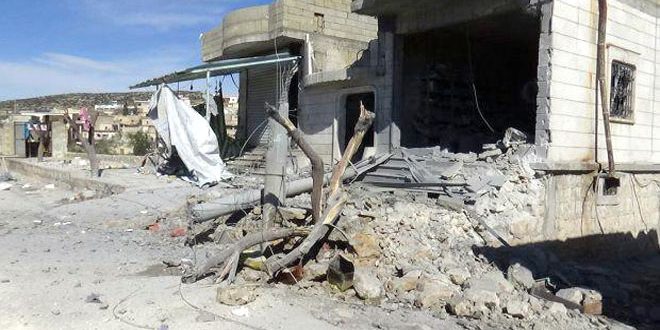 Aleppo, SANA – A civilian was injured and a railway station was destroyed as a result of the continued Turkish assault on Afrin area in Aleppo’s northern countryside.

Heavy bombardment was launched by the forces of the Turkish regime and its mercenaries on the residential neighborhoods in the city of Afrin and citizens’ houses and farms in the villages of the areas of Jandieras, Bulbul, and Rajo, local sources told SANA.

The sources said that the shelling injured a civilian who was rushed to the hospital for treatment, in addition to causing extensive damage to homes, properties, and shops, adding that the forces of the Turkish regime targeted the train station in the village of Astir, causing its complete destruction.

The train station in the village is one of the historical landmarks in Afrin area, dating back to 1911, and is one of the railway stations linking Damascus and Aleppo with Turkey.

Meanwhile, medical sources confirmed that the Turkish forces used chlorine gas against al-Mazyna village on Friday, basing their report on samples that were collected in Afrin hospital.